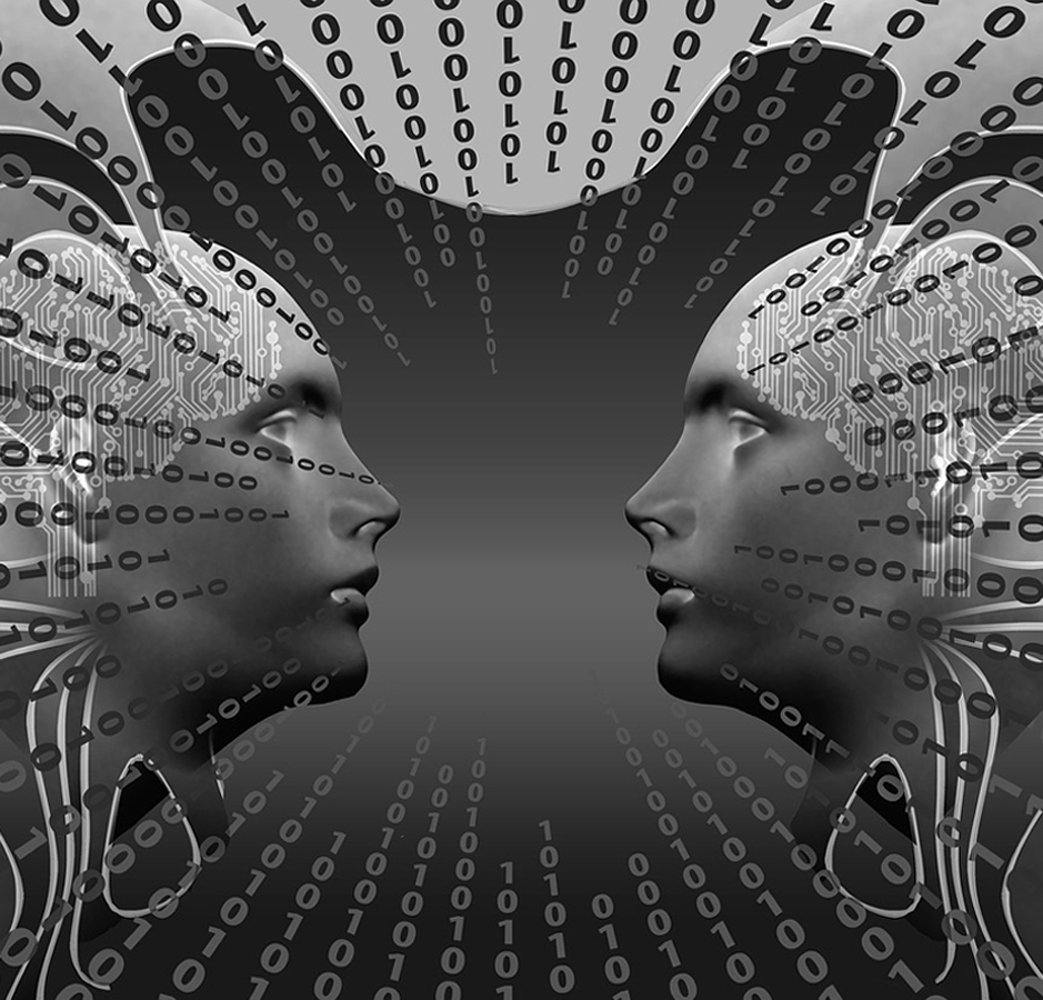 In the scales of electromagnetic relationships there are just 15 one on one relationships. People can misread the meaning of these levels. So I want to offer some clarification. For example, you will often find many 4+ types in a relationship with 3+/1- types. This is only 1+ on the plus side of the scales from 0+ to 7+. It means that these types are not likely to be successful in their relationship. But what do I mean by ‘successful’? I mean they are attracted to each other magnetically because of the incredible + sparks between them but the 4+ types have no inlet valve so they tend to ‘eat’ the 3+/1- types and there are many rows to be expected between them However, it’s unusual to find them split despite the troubles and quarrels because the 3+/1- type tend to like the domination and 4+ type remain committed to the danger of the sparks.

Another type of relationship is on the higher end of the scale. For example the Gallagher brothers of Oasis fame. They are 2+/2- types and are a 5 on the laconic (-) side of the scales. There has been a non-talking feud between them for years now because of something one said to the other that wasn’t taken very well. At the same time Liam married Patsy Kensit who is a 3+/1- type and they form the strongest possible successful coupling of all one to one types at 6+ on the scales. Yet, they broke up after one year of marriage. The cause was Liam had a child with another woman.

The point I am making is that magnetic attractors are as listed but on top of that, when all is said and done, comes education, background, dna, upbringing and drugs (dare I say) and a myriad other factors which act like clothes over the naked body. But the truth is that we are stamped by the ray of creation with the four poles and they dictate our bearing irrespective how we may disguise it and it is recognised by others without them even knowing it because it is magnetism.

To save you time finding the scales here they are below:…

See how powerful and effective ‘Ardo Ci’ (the electromagnetic force field)
is between the different types of polarity in people.
The lower the match number on either end of the scales,
the GREATER the energy field transmission is on one and the LESSER it is on the other.
The more transmitters, the lighter the person, the more extrovert the personality
The more receivers, the deeper the person, the more introvert the personality
South Magnetic Polarity means lighter, more individual relationships
North Magnetic Polarity means deeper, more serious relationships 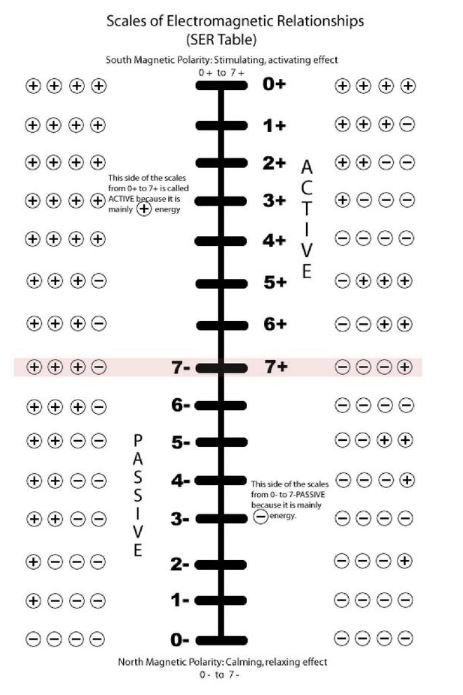 The nearer they are to 7, the closer the astromagnetic bond of attraction there is in the first instance. This does not equate to actual attraction which can later be discerned by experience.  Secondly, this table equates to ‘events’  between the couples.  To be clear, let’s look at a few examples.  ‘0’ on the scale is a complete no-no. They cannot co-exist in love, peace and harmony. On the transmitters side, they will be like two bulls in a china shop, on the receivers side, they will be energy null and void.  Relationships for those on 1 are attractive because they share harmony of expression, the one with a little less dynamic (1-) and the other with a little less laconic (1+). Despite this, there is always trouble – domination – hidden away from prying eyes.