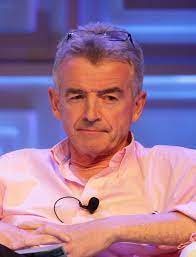 On the cusp is the period in astrology when one sign hand over to another such as Aries into Taurus or Taurus into Gemini. The same applies to Easter Chinese Horoscopes signs. The time of each transmission is dependent on the year but all in all it’s difficult to be accurate.

It means that a person may be born on the last day of a sign but actually in that period have the characteristics of the next sign.

Here’s a good example – Michael O’Leary, the CEO of Rynair was born on 20 March 1949. According to astrology Pisces dates from 19th February to 20th March. Some say it ranges from 18th February which adds to the light of what I am saying. Anyway, in O’Leary’s case, he would be declared a Pisces. That said, when the transition between one sign into another happens the features of round or sharp faces change. At the end of Pisces, round faces change into sharp Aries faces (Aries faces change into round at the meeting with Taurus).  O’Leary has the sharp face of Aries.

Moreover, I believe he shows all the characteristics of an Aries! Aries people are open, grounded, self-centered, highly direct in their approach. Totally at odds with the roundedness of Pisces. For comparison, take Michael Caine, a Pisces, born 14th March 1933. Of course, they are different years and this can make a difference but not so radical as can be seen when you compare these two men.

The crunch for me in declaring O’Leary to be an Aries rather than a Pisces is this; his behaviour does not reflect a Pisces, which would make his Starcode 1+/3-. As an Aries, he can be seen to be a Starcode 2+/2- type.